Yukon is an amazing photography destination, especially in September, and especially Tombstone Territorial park. That was the highlight of my recent 10 day trip as part of a Neil Zeller tour. This was my third time there, and I loved it all over again.
The first time into the park overwhelmed me. I'd never seen anything like it. The bleak mountains with rivers of vegetation colour changing by the moisture levels, the open spaces, the dramatic skies, the silence, all really got to me.
This time I wanted to capture at least some of the images on film, thinking that Kodak Gold 200 would really do justice to the landscapes. It was a bit tricky packing all the digital gear, and the Fujica GW690 with 15 rolls of film, knowing I had to go through airport security and trying to be within weight limits. It all worked out better than I expected. The security people asked if I wanted the film hand examined before I had a chance to ask them, and were curious about the film camera. Not that we had a lot of time to talk.
In the end I put 7 rolls through the camera. 8 photos per roll, so 64 photos. I really goofed with the roll from Solomon's Dome, in that they were all slightly out of focus. Not quite sure what I did wrong there. Down to 48 possible photos. The light conditions were a bit challenging and I'm still new to metering light myself. In no case did I use the digital camera as a fancy light meter.
In the end I edited 45 photos, which is actually more than I expected. I missed focus ever so slightly on one, and a couple are near repeats. Some are the same landscape from subtly different points of view, and somewhat widely different lighting. Wait a few minutes and the look of the landscape can change completely. I love watching cloud shadows drifting along the mountainsides.
There's two sequences. Today is my pick of Tombstone landscapes, with one from the Top of the World highway. Later will be some of the buildings in Dawson itself. The remainder of the film photos from Yukon, as well as several from an earlier trip to the Great Sand Hills in Saskatchewan will be showing up in my other blog. You can see the Tombstone digital panorama photos here  and more of the film and digital landscapes will show up as well.
There are of course subtle and not so subtle differences between digital and film, but I'm not going to put them side by side to compare them, mainly because that's not the way they were captured. If you want to go through and do that, feel free.
All of these are metered for shadows (as best as possible with an iphone app) and tending to err towards over exposure. Scanned with a T6i using a Canon EF 100mm f2.8 L macro. Converted to positive with Negative Lab Pro and lightly edited there. The biggest task in Lightroom was removing dust spots, most were very lightly edited overall. I've found pushing the sliders for film photos in Lightroom gets weird fast.
1. The best example of rivers of colour. 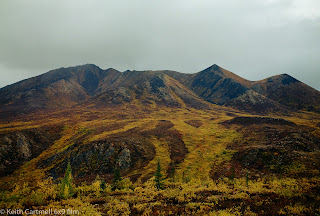 3. The second panorama, 13300 x 3900 px, or 44 x 13 inches. This is the valley leading to Tombstone Mountain, with the actual mountain just visible. That doesn't happen often.

4. One of the photos used to construct the above panorama. 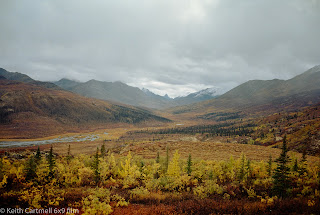 5. I don't know what I did, but I'd love to do it again. And again and again. One of the effects I try to get on digital photos is to look like a painting. All of the film photos tend to look that way a bit more than digital, and these next several really hit it out of the park on that front. 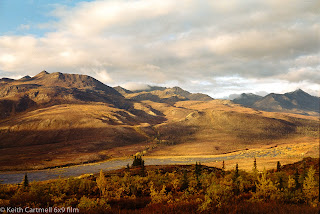 6. Yes, that same valley again, but with totally different light. 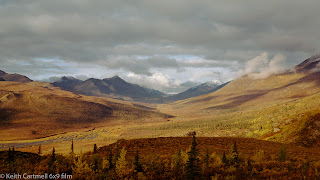 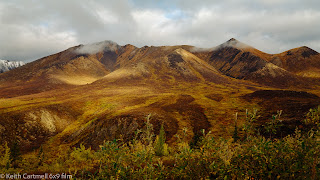 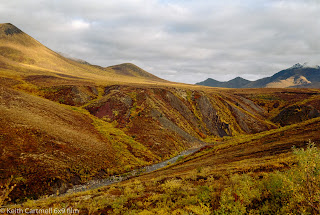 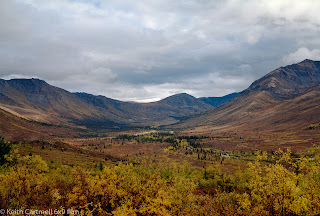 10. There was essentially no editing done in NLP and none at all in Lightroom for this photo of the beaver pond. 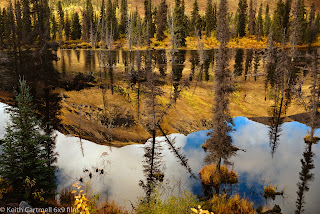 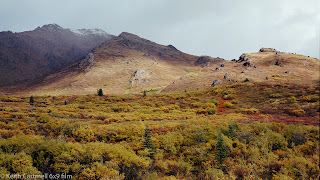 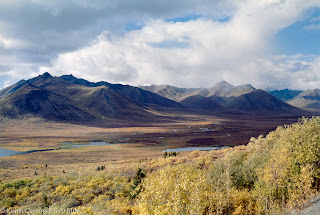 13. Top of the World highway on the way back to Dawson after a river tour to 40 mile. You can see photos of that here. 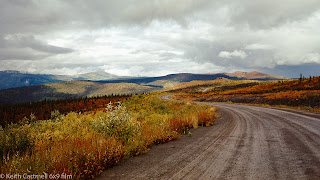