Sat November 24 was the big day for the Central Library workshop/tour. Neil Zeller wangled this with the library staff, so we could get in early, as in 6am, so as to avoid the public. There were only 20 or so of us, plus a few library staff, all spread out through this amazing building. Even better, when it's other photographers, there's a lot of respect for the shot you're trying to get, and people trying not to get in the way.

This is probably one of the most photogenic indoor spaces in Calgary. The central space, the wood, the lighting, all those curves! I suspect that nearly every piece of wood in the building had to be individually measured and cut, and many would have had to be bent to shape. Just like some people make a point of seeing the Peace Bridge when they come to Calgary, I can see people coming to see the library, especially if they are also going to the nearby National Music Centre.

As I said in my regular blog, this isn't your parent's library, with Miss Grundy shushing you if you breath loudly. It's intended to be a living space, and it sure is. Shortly after the building opened to the public for the day, people were coming in and finding their space. Some came to the coffee shop, where we were hanging out and discussing the morning. A few of the people that hadn't seen it before were absolutely gobsmacked.

The shapes and curves of the library are quite evocative. Some say an eye, some say other body parts. Many people think a ship, and I have several images that support that. I deliberately emphasized the ship feeling by not straightening out the verticals. 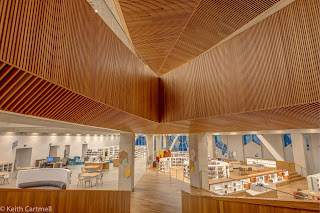 This first thing, just arriving. The wood roof arches over the entry in a set of complex curves, setting up your brain for more. 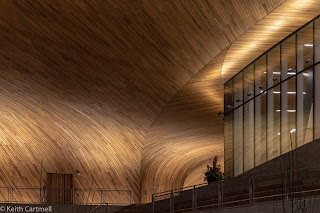 City Hall looks so old and dowdy, though admittedly this is the back end of it. 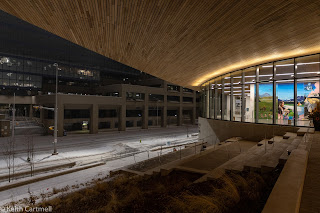 One of my fellow workshop attendees, working on a shot. 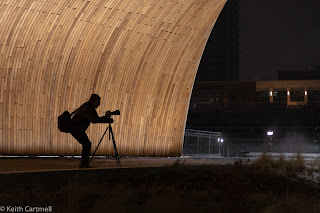 This is the view looking straight up from near the entrance. I was lying flat on my back for this, wishing I had an even wider lens. 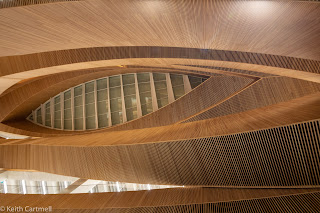 More shots of the amazing curves, the lovely warm wood, the light and shadows, and all of those lines. 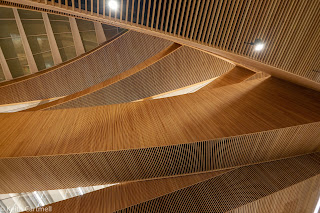 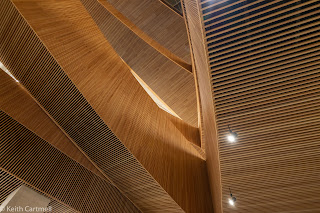 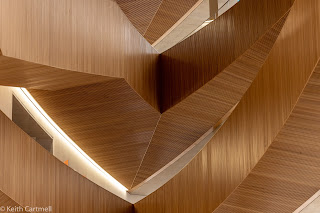 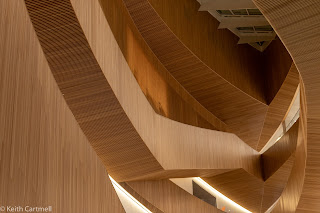 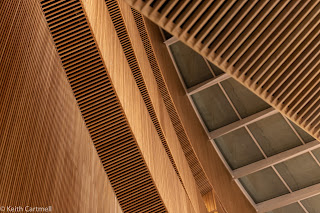 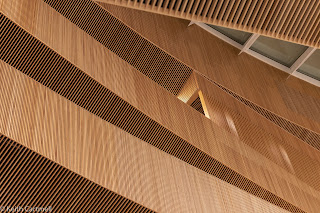 I'm a big fan of reflections, and I was really liking the way the lights showed up in the windows against the backdrop of the outside wood ceiling.

Most of the workshop attendees. I like to get away from the herd, so I can take photos of the people in the workshop. 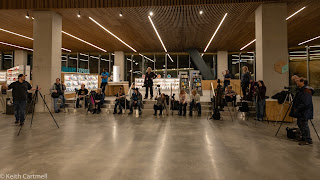 Trying for a selfie reflection shot. 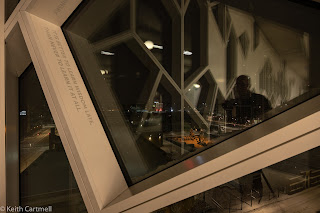 The metal buttons at the top of the stairs are lovely leading lines when you get close. 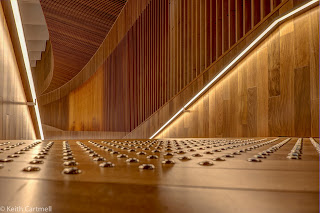 This reading room is amazing! At least some of the attendees took turns playing with books on the table in the foreground, some with more, some with fewer, some with none. I arranged for symmetry, with just one book to break it. 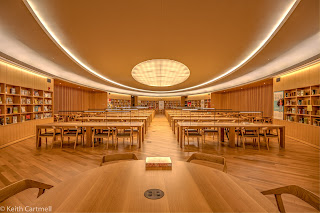 The shape and curves of the central area suggest many things, but ships often come to mind. I was flat on my tummy to get this shot, playing with the camera to get just the view I wanted. 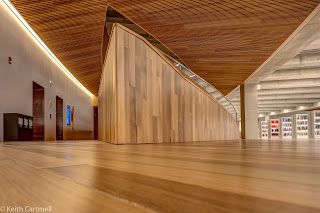 Yes, I was hanging onto the camera quite firmly. It's a long way down. I could go back and just shoot the stairs. 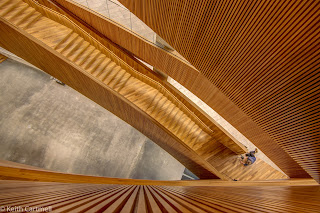 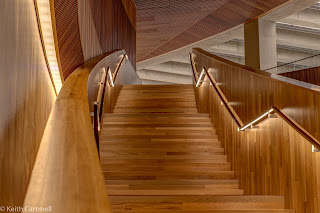 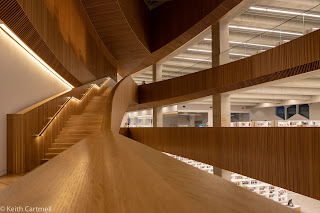 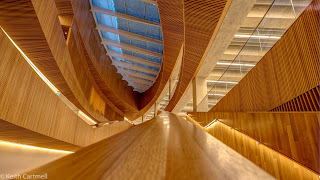 Probably my best 'overall' shot of the central space. It's so big, with so many curves and viewpoints there really is no one perfect shot to show the whole thing. Things to look for in this image. The bison, which has a close up below. The scaffolding to repair a broken window. Another photographer working on their shot. 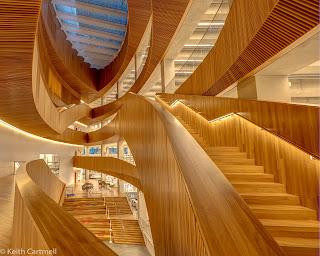 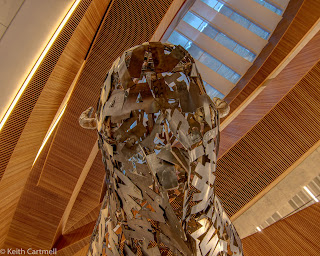 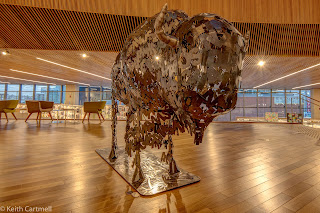 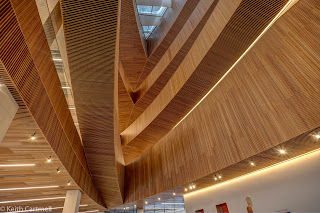 This one is actually an impossible image to see in real life. I cheated in Lightroom to improve the composition by flipping it horizontally, so the lines open up and to the right. 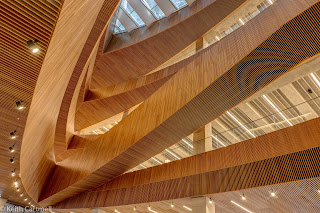